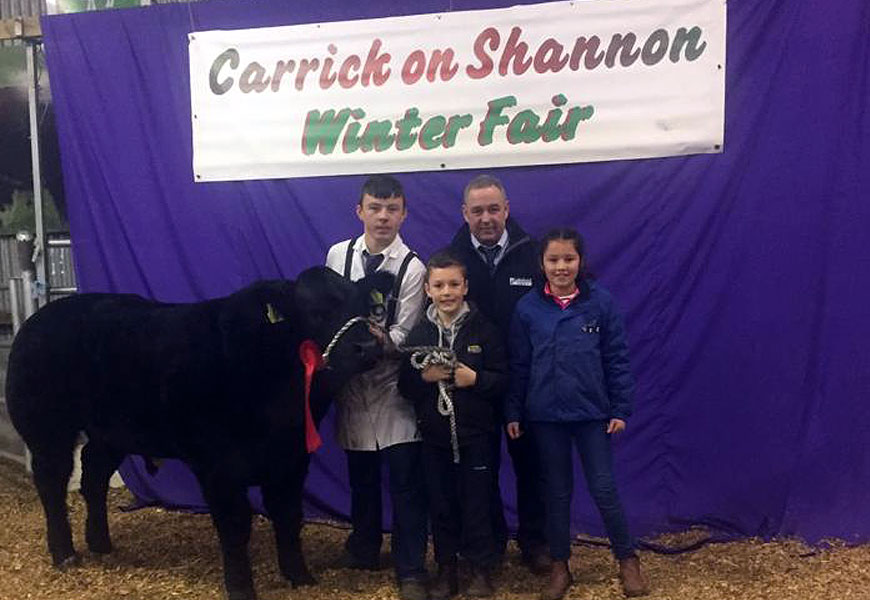 In November 2018, Gerry entered three of his Limousin animals, one Limousin weanling bull and two Limousin heifers, into the Carrick on Shannon show and sale. The three animals were born between the end of January and start of February, 2018.

Gerry’s animals were fed, 25kg of Lakeland Agri’s Super Beef Nut, every second day. (4kg per head/day). Up until the week before the show, animals were still at grass and receiving 4 kgs/head/day and good quality hay.

The two 9 month old heifers weighed in at 470kg and 503kg, which meant that they were overweight to compete in their 350-450kg class. This was still very positive for Gerry as his heifers were a huge talking point on the day.

“Numerous people at the show complemented me on just how well the animals were looking on the day. I had many farmers approach me to enquire about what feed I was using to achieve such exceptional weight gain. It was a pleasure preparing them for the show as their hair was much fuller and their coats were much more shiny and oily, compared to stock who were previously fed rations with a different make up.”

“I definitely saw a change in behaviour with the animals as well. Usually, they would finish to the end of the feeder and still want more, however with Lakeland Agri’s Super Beef Nut, the animals appeared to stay fuller for longer.”